2015 marked the year I decided to put my fears aside and pursue my writing career will full force. I came out of the closet and called myself a writer for the first time. Not a wannabe writer. Not a someday writer. Not even an unpublished writer.

For years I felt like fraud calling myself a writer. I had no published novels. Sure I had written for a DIY website that paid me close to nothing. Sure I had published a few articles over the years. And yeah, I had won a few youth awards for short stories, but a writer?

Okay, I did dedicate a large portion of my free time to writing. But did that make me a writer?

I was standing in my own way.

A published novelist I was not.

A writer, however, that was a title I could certainly claim with no qualms.

And once I embraced that, stopped fearing judgement from myself, my peers, other writers, people on the streets, my dogs, my in laws, my son’s preschool teachers, that’s when the barriers fell away.

When I came out of the closet as a writer, started this blog, announced it to the world (or the facebook and twitter world at least) my ego stopped fighting me for creative control. I started getting down to serious editing. I felt comfortable sharing my knowledge with the world because I was being honest with myself about what I had to work on and what needed to be done.

This year has been rough. I did not accomplish all my goals. While “writer” is now in my job description, it still comes behind Mom and underqualified home maker and with a baby is just over a year now and an active four year old, a mortgage on a fixer upper, pets, and a desire to feed my family some nutritious stuff sometimes, the writing aspect frequently takes a back seat.

But I have accomplished so much more than I could have expected. In joining twitter, I have come into the writing community and found it to be supportive, talented and full of people facing the same struggles as me. On wordpress I have met talented writers with great knowledge to share. I am finishing the polished draft of my best work yet and feeling confident about 2016.

It was a good year.

You think Santa can help me with this?

I think I may have made it clear I can be a bit impatient when it comes to editing. Many of the articles here are written for my own benefit. Nothing, in my opinion, is more time consuming than red pen editing. But although it feels counterproductive to physically print your manuscript, read it, mark it up, then go back to your document and make all the changes you just made, it also is pretty much the most important editing tool you have, especially in late stage drafts.

Make your initial changes in the document. Then, after you get feedback, make some slightly more brutal changes. At this point, give it to your beta readers. Let it out to the world. You will feel like it’s almost finished. When you get it back, you will realize it is totally not.

This is when I feel it’s most effective to red pen. At this point, you have been editing for probably a few months and you know the story inside and out. You won’t be getting distracted by the brilliance of what you have written anymore.

You will likely be a little irritated with the manuscript now for still having so many flaw.

Now the red pen can do it’s more effective work. Reading over the physical manuscript, you will be brutal. Your pages with be splattered in red ink, the symbolic blood of the characters you cut and the lengthy descriptions you sliced down to two words. You will not be reading the story. You will be reading the problems.

It is time consuming. It is a huge pain in the butt. However, once you get that sliced and scarred manuscript transcribed to your computer what you will have is something that looks alot like a final draft.

So keep that red pen in your back pocket until you are tired of your manuscript, then pull it out and wield it like the unforgiving sword it is. You can’t go wrong.

Caroline’s book is now available! Pick it up on kindle for a great read over the holidays!
http://www.amazon.com/Creeping-Shadow-Rise-Isaac-Book-ebook/dp/B01951JXCU/ref=sr_1_3?ie=UTF8&qid=1449664748&sr=8-3&keywords=creeping+shadow

Indie Author Caroline Peckham is releasing her debut novel “Creeping Shadow”, the first in her series “The Rise of Isaac” on kindle, December 10th this year. I was lucky enough to get an advanced copy of this imaginative and entertaining YA fantasy. Caroline was kind enough to answer some of my questions about indie publishing and what her path down that avenue was like.

What led you to indie publishing?
I decided to publish independently after submitting my first book to literary agents and subsequently not receiving representation. I knew I w 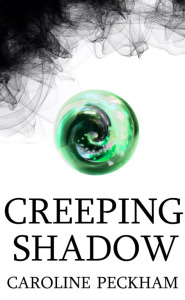 as going to write this series no matter what so decided to go down the route of self-publishing. Amazon Kindle was a no-brainer for me as I myself buy all my ebooks through them. When I looked into their unlimited scheme I knew it was for me.

How many books have you published? Through what venues?
My first…

When I started this blog last spring, it was in anticipation of my indie novel release, optimistically scheduled for the summer. As in, the summer that ended back in August. As the blog description states, I am learning the ins of indie publishing. The lessons don’t really stop.

Indie publishing, its just you. And if you are holding down a job, raising kids or dogs or dealing with anything in life that requires your focus, it can be really hard to complete the work you need to complete, especially if you are doing all your own editing.

I want an editor for Christmas. Someone to just red pen the hell out of my manuscript and send it back to me with a yellow post-it on the front that says “Make this not suck by February 12”.

“The Fate of a Princess” is there there. Still waiting. I still intend to self publish it, but another project has taken my full attention and I have to complete it before I can give “Princess” the work it deserves. In the mean time, I’m still learning. And I’m still sharing. And if you want to get me a Christmas present, you know what’s on my list.

I recently read an article that criticized love and first sight and anything beyond “pure” romance in YA novels (I guess that means anything beyond chaste kissing?). It made me a little angry. Not as a writer. As a former young adult.

I remember being a teenager. Do you?

The writer claimed the best YA romances start out as friendships, then turn into romance (chaste romance).

First of all, boring. “Hello friend I have mutual respect and admiration for. I believe we may be compatible for some hand holding and sipping a single soda from two straws. Do you concur?”

Secondly, sure. It happens all the time. But its not the only way it happens in real life. Maybe not love at first sight, but I’m sure everyone remembers their teenage selves setting eyes on someone and getting hit by that thunderbolt that started a devastating crush. That is realistic…

The Collections of Utter Speculation 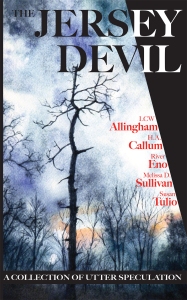 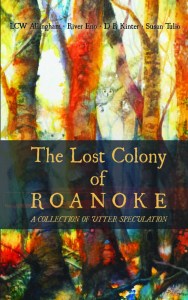